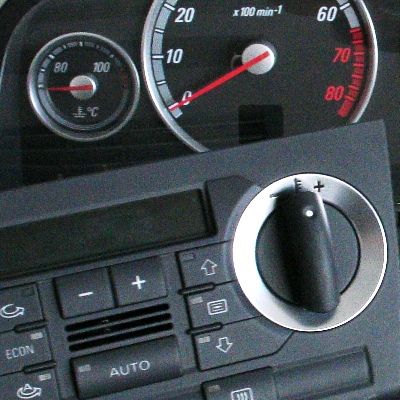 The automotive industry has always been a pioneer in the field of automation.
The ongoing changes in the product range requires extreme flexibility of machinery and equipment, which take over the automated operations.

Adding to this there are additional very high qualitative requirements for the manufactured components or assemblies.

FLG is the right partner for you – with many years of experience and a strong expertise in the field of handling and assembly technology – when it comes to the issues of factory automation in fields like automotive- or electronic industry. 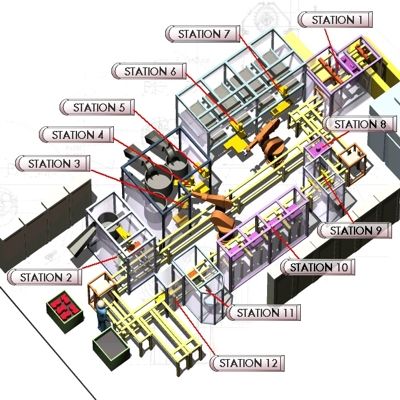 There are processes for several different control housing types and different items in the line. The control box are located on universal workpiece carriers, which are duged and positioned in each workstation. The workpiece carrier and the entire facility is equipped with the coding system Moby I which is transmitting to a host computer the production data. 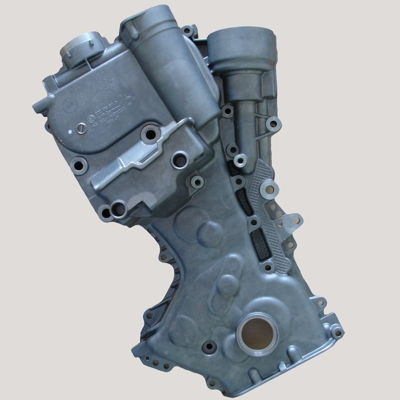 he control housings are taken off by two robots from the workpiece carriers and will be brought into fixing- and positioning units within the individual assembly stations.

The main stages are as follows:

The loading of the WT takes place in the station 1 by means of handling. Previously, the control 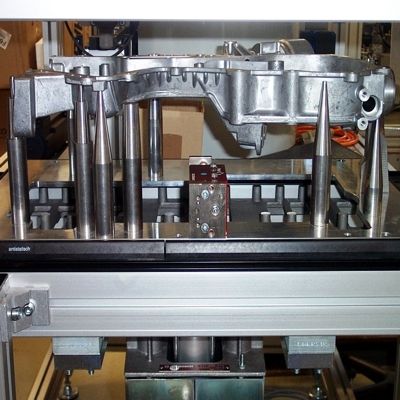 housings will be verified by a vision system. The result will be transmitted to the coding system and the NOK-parts will be taken out of production process.

At Station 3 the oil filler is provided in a sorter with separation and then he will put position-oriented together with the control housing and then is pressed in. The press-in force and the offset size will be reviewed and documented. 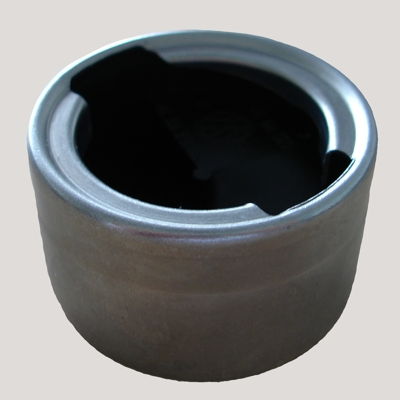 At station 4, a sealing ring is provided with a separation and is placed by a pick-and-place handling over the oil filler neck.

At station 5 a oil filler cap is fed and screwed in a sorting pot isolated and position-oriented. Correct positioning of the lid is ensured by a camera system.

Within the stations, the control housing is converted by a robot. 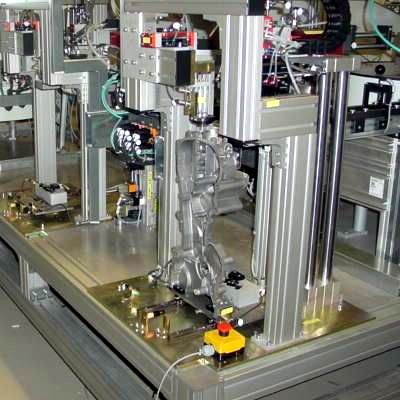 The closure panels are also isolated over a sorter and added to the case. From another sorter 5 rivets are provided and taken up and placed by the handling. With a 5-fold riveting tool the rivets are then riveted to the housing.

A second 6-axis robotic system is the basis of this assembly system. The robot removes the case from the WT and puts them in the correct position into the respective receiving at the assembly station.

The supply of the oil separators is done via a palletizing system from the FLG. The palletizer is fed with pallets per truck. The palletizing system takes each the top tray and places it on a positioning slide. From here, it will be handled nest by nest under the handling axis and the oil separators are removed by a gripping handle. Bevor the installation of the oil separator into the control housing a position monitoring takes place. The empty tray runs until the discharge position and is piled up from a pallet handling on an second empty Euro pallet.

After the mounting of the oil separator it is screwed to the housing. For this purpose, screws are separated and provided at a sorter. With a coordinate screwdriver the screws are provided and bolted.The provision and installation is also carried out on a palletizer system and substantially corresponds to the above flow.Leak testingIn the station 10, the workpiece carrier is lifted with his housing and pressed against a sealing mask. After this the sealing test is carried out according to the given specifications. The results are determined and documented.

The rings are singulated and provided via a stacking magazine, which is constructed as a rotary indexing table. The buffer capacity is approximately 1,000 parts per magazine well.
After the separation of the sealing the ring is joined to the housing. The monitoring of the process is done by means of monitoring paths.

Installation of safety-related components in the automotive industry.

ABS components are among the most safety-related components in the automotive production, of which human lives may depend. The manufacturing of such parts or components must be therefore absolutely error free and accurate.

For the installation of such components a well-known manufacturers in the automotive industry decided for an automation solution from FLG. The system consists of the standardized palletizing system EURO-Line with a flanged mounting platform for installation of the individual structural components. The feeding of the plant with the components is done via trays. These are provided manually to each 4 stackings on euro pallets. A special tray gripping system takes each of the top trays of a stack and places it on a built-in positioning palletizer. 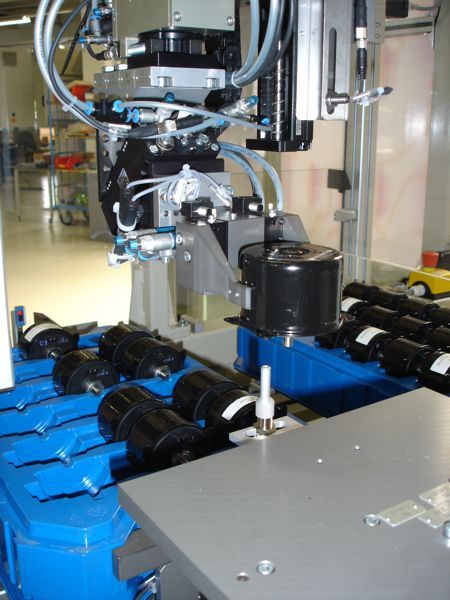 Then the tray is clocked at a YZ-NC-axes combined with a gripping system. After unloading of the trays this is supported by the positioning table for tray unloading. The tray gripper takes the empty trays and places them on the empty pallet space.

The components taken from the gripping system are detected in a detection position on right position accuracy of the plug contact via ultrasound sensor. Then, the motor is stored with the motor shaft at a fixed alignment, and a centering on motor bearings and motor housing takes place. The eccentric motor shaft is aligned about a particular directional handling.

Depending on the position recognition of the plug contact the alignment of the motor shaft is done. The feeding of the valve block, a further structural component is carried out by a workpiece carrier-tape system. The workpiece carrier is stopped, dug and fixed in the mounting platform.

The valve block with the already mounted piston and the assembled needle roller bearing is centered in a mask. A pneumatic YZ-handling with swing cylinders is positioning the needle bearing. The pre-oriented engine is fitted with a servo-Z-axis to the valve block with directional and tested plug-in contact. Before the lifting unit releases the workpiece carrier again for further processing, a query is made by means of a barcode scanner.

The cycle time per composite unit is 12 seconds. 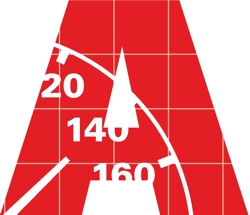